November 19, 2019
There is no doubt about it--Native children's literature and  YA literature, fiction and nonfiction, is having a moment. Every time we turn around, there's another wonderful book at the library or the publication details are announced or there's an exciting blog or interview. Of course, we feel kinship with all Native books meant to lift us up, and give others authentic representation of every nation and culture. Some Indigenous authors are distant cousins--like Cynthia Leitich Smith, who is a member of the Muscogee Creek Nation, and recognized this by including a Seminole character in RAIN IS NOT MY INDIAN NAME. But when we first heard about FRY BREAD and Kevin Noble Maillard, that was something else. When we discovered he is a member of the Seminole Nation, Mekusukey band and African American, that was something else altogether. 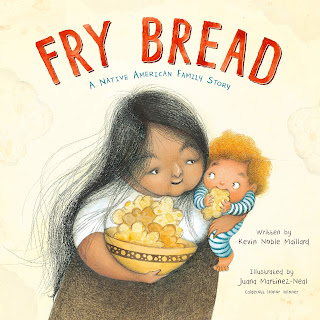 Ashleigh, 13: I keep reading this book, over and over. My mom has read it--by herself and then aloud to me and Vi, showing us the illustrations like a librarian at story time, lol. We all love it. Even my auntie who came over saw a few pages and said, "That book is done right!"

Alexis, 19: Let's explain how the book is organized. There are twelve (or maybe thirteen) poems that begin, "FRY BREAD IS..." Most of them are two-page spreads. Each one corresponds to a section in the back matter, which, unlike most books, seems essential to read. Here is an example, FRY BREAD IS FOOD. 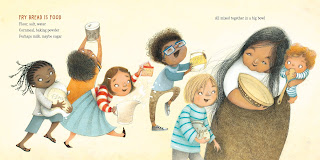 Charlie, 17: That one seems pretty obvious. But look closer. Because some of those ingredients aren't standard for every fry bread cook.  "Flour, salt, water/ Cornmeal, baking powder/ Perhaps milk, maybe sugar." Mr. Kevin says this in the back matter:


Perhaps the use of cornmeal in my recipe in a Southern influence that reflects the blending of African American and Native American cultures in family.

Oh yass! How did that get out of my head and into a book?

Langston, 13: Right from the beginning, there are all these different looking kids. That one has blond hair and the other has tight cornrows. It's surprised me. I mean, I haven't looked at all the books you have...

Michael, 18: It's different for real. I couldn't help wish one was in a wheelchair like me. Because of that, I couldn't feel the full embrace like the rest of you. I still think it's an amazing book. The kind of thing Indigo would have liked and we keep asking for. 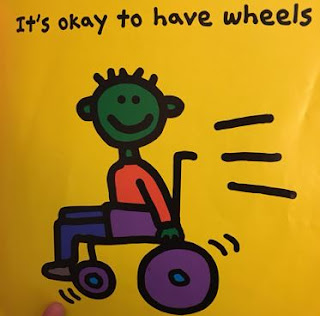 Alexis: In terms of intersectionality. I have to say, I've loved many of the books we've reviewed. But sometimes it seems like the publishing norm of female, cisgender, straight, abled, neurotypical writer/MC that white women fall into is also a trap for Native women who don't have other marginalizations (including race). I understand wanting to write the book you needed to see as a kid. But it's different times, and if you hold the mirror out toward us, millennials, it's crazy diverse. This book honestly reflects that, without feeling like it's appropriating anyone's identity. That's an accomplishment. Because some little kids just seem non-binary, it works on that level too.

Ashleigh: Let's look at another page. FRY BREAD IS TIME. "On weekends and holidays/ Supper or dinner/ Powwows and festivals/ Moments together/ With family and friends." I so love these illustrations by Ms. Juana! 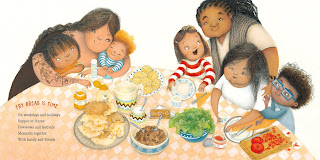 Charlie: It's fun to find all the Seminole references in the book. It's like WHERE'S WALDO? FRY BREAD IS ART has coil baskets, the little handmade dolls we all know, which they sell at Big Cyprus, and, of course, patchwork patterns that are on other pages in the book too. Mr. Kevin points out the father's wrist tattoo with Seminole symbols: "The large zigzags are lightning, and the double crossed letter "ts" are trees." I missed that one! When we DMd with Mr. Kevin, he said the blanket in FRY BREAD IS YOU is his favorite. Sweet! 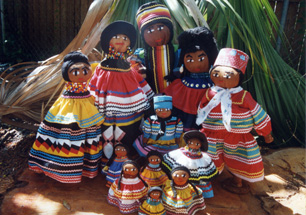 Michael: There is a very interesting map the children are standing on in FRY BREAD IS PLACE. You might almost think it's the US--but not. There are no lines dividing land. That totally struck me, and like so many things we haven't seen it before. I like the different way the kids use the space--reading or stretching--it's theirs without all those markings. It almost made me cry. Thank you, Ms. Juana, for this image.

Alexis: Let's discuss the one controversial point. I've heard some Native people are conflicted and upset about this. Mr. Kevin chose to list not only the 573 federally recognized Native American tribes in the US, but also 67 state recognized tribes. Many of those are legitimate. If you look up all of them, some of them are pay a fee to be an Indian scams. Does the inclusion of these groups legitimize the scammers and make it harder to call out all the pretendians? I worry about it. 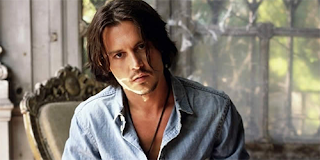 Charlie: I want to say two things about this. All of us sitting here do not have the same tribal status for different reasons. Mr. Kevin addresses issues at the back of the book that many Native people don't want to touch. "The racial aspect of being Native American differs from the political status of tribal membership, which is so different and complicated across Native country. Not all American Indians are enrolled as citizens of a tribal government. Some have never enrolled in any tribe, while some have been forcibly disenrolled."

Charlie: There are others who have been disenrolled. But, yes, this has happened to many Black Natives. Including in the Seminole Nations of Florida and Oklahoma. Other tribes too. 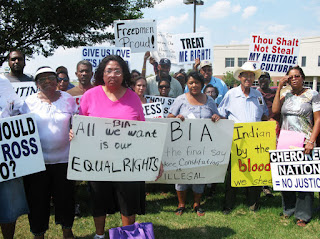 Alexis: I get that, and no, people don't want to talk or write about it much. My Grandpa Joe had a close connection with Ft. Pierce. But how is that relevant to including shady tribes?

Charlie: I said I had two things to say. I straight up asked Mr. Kevin about this. He said I could quote him.

On the tribal inclusion: I knew going in that some people would not approve of some of the names on the list, but that really shows that, like fry bread, there is no central agreement about what it means to be native in Indian Country. I welcome the disagreement! I'm sure there are some people out there that don't think some of the names on the federal list should be included, but it's not my job to vet and go through a recognition application for each one of these groups.

That's the choice he made. You can take it or leave it. He told me: "You can’t ever go wrong with being inclusive, I think."

Alexis: I like the book and respect the author, but I can't totally accept that.

Michael: I was raised one way, but I think I'm becoming more inclusive when I see different sides. Leaving someone out is the worst. I feel that as a Native disabled dude.

Ashleigh: My family loves this book. I see what Alexis is saying, but I recommend this book to everyone. I feel Seminole pride and I'm glad so many people are buying and sharing it!!!! 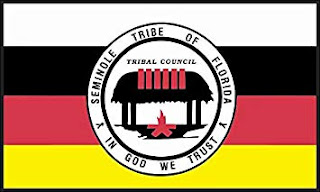 Langston: Can this page bring us together, FRY BREAD IS HISTORY? 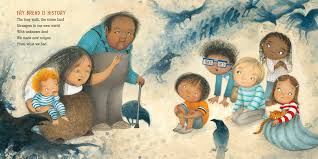 Michael: Little bro, you got it right your first time! That is a page we can all relate to without getting salty. Do you want to read it to everyone?

Langston: Um, okay. "The long walk, the stolen land/ Strangers in our own world/ With unknown food/ We made new recipes/ From what we had."

Alexis: The man who wrote something like that has my admiration. The book is economical (Mom's word) in the best sense. The poems say a whole lot in three to six lines. The illustrations fill the page but are so clearly defined--you can follow each character from page to page. And then the back matter drives it home. Maillard and Martinez-Neal work perfectly as a team. It's the whole package. Even the squareness of the book somehow seems right.

Michael: Do you recommend it?

Alexis: With some reservations.

Ashleigh: We are family, and community. We can allow some people to be upset or worried, but also jump up. I'm jumping!

*This was a "we don't all agree on everything" review. Thanks to our adult mediators--Charlie's dad Abe and Alexis' mom Gail. Also library lady Ms. Ann, who is a real Libra with the scales balancing everyone!

August 04, 2019
We sat together and read this as a group. Alexis, 19 and Charlie, 16 took turns reading it out loud. Ashleigh, 13 and Michael, 17 listened and we all stopped to go over things. We rarely agree on everything, but all voices were heard and respected.


Ashleigh: When I first picked up the book, I didn't know what I was looking at. Then I realized that the words "An Indigenous Peoples'" are over the sky and "History of the United States" are over the land that has the American flag spray painted on it or creeping on it like a shadow.
Alexis: It's striking! Of course, it's the same cover as the previous adult version by Roxanne Dunbar Ortz, which it should be said none of us have read.

Charlie: This version is much more friendly for us--I mean, it was written for our ages.

Alexis: Yes! Where do you think the book would start in history? I had an interesting reaction to that.

Ashleigh: Yeah, we talked about that. How many of us just assumed it would sta…
2 comments
Read more

November 16, 2018
We are a group of Florida Natives--Miccosukee, Seminole, Black, Latinix, queer and disabled--from the ages 12-20, who are passionate about kidlit and yalit.

We believe in the power of books to reflect, entertain and enrich our lives from the time we are young ones. We enjoy books in digital and bound copies, with texts and/or graphics.

We have experienced the bitter disappointment and danger of widespread Native misrepresentation, theft, cruelty and lies in books for all young readers.

This blog is dedicated to reviewing Native #ownvoices. To us, that means books written from an inside perspective by Native authors, with proper research, respect and authorization, first and foremost for young Native readers, but also to educate other young readers and their families.
We join our elders in calling to replace harmful, stereotypical texts in libraries, schools and homes.

This blog is named after our friend Indigo, a Q2S sixteen-year-old who took her own life in 2018
Her beauty, courag…
4 comments
Read more