Florida Department of Education, We've Got a Situation... by Alexis, 19

August 25, 2019
On August 14, the Florida Department of Education tweeted: 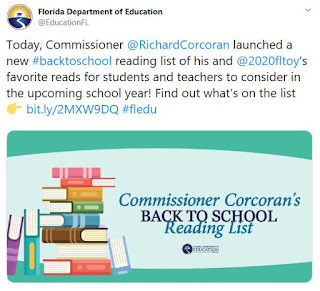 Here is a link to the list. You will see that it is made up almost entirely of White English/American "classics." These books are considered the great books of children's literature by many people. A good number of these books contain extreme racist and anti-Native content (ex. A Child's Garden of Verses, Island of the Blue Dolphins, Little House in the Big Woods) and/or ableism (ex. The Secret Garden, Treasure Island). 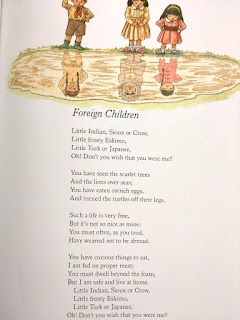 The list includes a few cis gay male icons, like Walt Whitman, but not because of their queer work. We recognize Langston Hughes was guarded about his queerness, because of his blackness, the time he lived and personal choice, but the recommended book The Weary Blues includes the following poem. (It may be the most subversive thing on the list!) 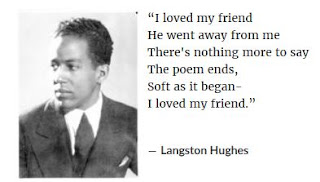 Before I talk about reactions to the list--many of which I found incomplete--I want to look at the way the list represents US State of Florida history. The settler colony has two federally recognized Native nations or tribes--Miccosukee Tribe of Indians of Florida and Seminole Tribe of Florida. Florida is in the top fifteen states for African American population. It has the highest Latinx population on the east coast only behind New York. The city I live in has a sizable Asian population from various countries. There are many queer and disabled people.

Familiar Florida "classic" novels like Patrick D. Smith's A Land Remembered and Marjorie Kinnan Rawlings The Yearling are on the list without criticism. (The Kirkus review of Smith's "masterpiece" should send up all kinds of warning signals!)  These stories are basically accepted as fact and enshrined by White Floridians the way Laura Ingalls Wilder's novels are by some. 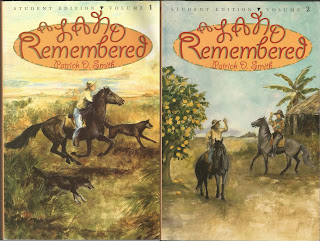 The list title, Florida Made: The 25 Most Important Figures Who Shapes the State, is ALL KINDS OF BAD. "Once an insect-ridden swampland, it is now a top destination for tourism, business, agriculture and innovation." Uhh... 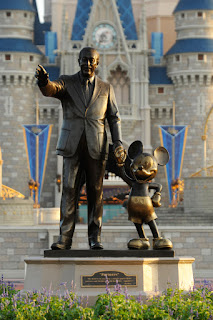 Florida Made: We are bosses!

Devil in the Grove: Thurgood Marshall, the Groveland Boys and the Dawn of a New America is on the list (highlighted in red) and maybe it should be. I haven't read it. Colson Whitehead's The Nickel Boys, which I am reading now, belongs there. But there are many other diverse Florida books that should be included. Here are a few @ofglades has read and recommends. 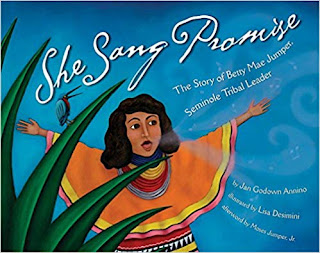 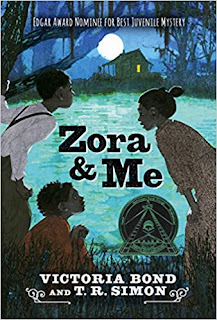 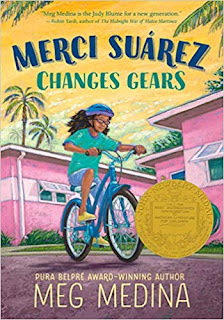 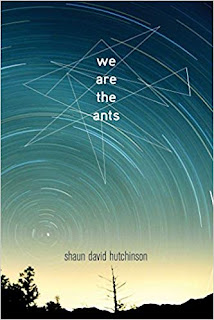 Dr. Debbie Reese did an excellent thread (natch) when the tweet was originally posted. Other Diversity Jedi responded. My favorite is prob Alia Jones' "Bless their hearts. They added in a few black books at the end..." Floridians (most southerners) will recognize that "bless their hearts" for its not-too-secret coded meaning.

Others we respect focused on the fact that Commissioner of Education Richard Corcoran is old and not an expert on kidlit and YA Lit. There were calls for Florida teachers and librarians to create more up-to-date lists. By and large, they were given the benefit of the doubt. That they would make better, more diverse choices. We know from firsthand experience it's not true.

We're not picking on you, Ms. Erin. We love your books because they are edgy as well as sweet!

Every year, Florida school librarians choose SSYRA books. Sunshine State Young Readers Award "is a statewide reading motivational program." Lists are created for grades 3-5 and 6-8. A couple of years ago, a SSYRA, Jr. list was added. These books are prominently displayed in public libraries. Many schools require that students read them and vote on their favorite titles. In our school district, if you read all of them before the end of the school year, you are included in a special party. Homeschoolers are also encouraged to participate. "Multicultural representation" is an alleged criteria. You'd never know.

The only Native SSYRA book for grades 3-8 that any of us can remember was Joseph Bruchac's Whisper in the Dark. 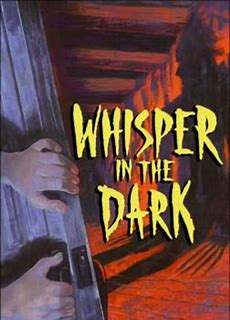 Every year, FAME: Florida Association for Media in Education also create the Florida Teens Read list. "The reading list is comprised of fifteen titles that have been chosen by a committee of twelve school librarians specifically to engage high school students reading and reflect their interests as well as represent a variety of genres, formats...ethnic and cultural perspectives." Not much--though it tends to be more inclusive than SSYRA. These are also required reading in high schools.


This is not to say we don't like any of these titles, but we are asking you to look deeper, past your initial outrage at Commissioner Corcoran's Back-to-School list. Because diverse Florida kids and teens (and their families and communities) are facing/fighting a lot more than that!

Our school board website has suggested summer reading lists for students entering each grade in the fall.  Here is the one for 5th grade.

These are familiar names: Hiaasen, Holm, Korman, Lupica, Riordan, Rowling. Again--we're not saying we don't like any of these. Though I personally have become more and more aware (thanks to the work of Mike Jung and Ann Clare Le Zotte) of the flood of bad disabled rep in kidlit. 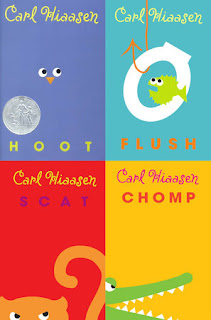 Wanna read a book about Florida...here you go, kid!

HERE is where teachers and librarians can really make a difference! Because our Library District also produces grade reading lists which are featured on the webpage and printed as bookmarks. Here are some of the books on 5th grade list!!! Yup, that's right--Alex Gino's George, Grace Lin's When the Sea Turned to Silver, Robbie Roberson's Hiawatha, Alexandra Diaz's The Only Road and more! 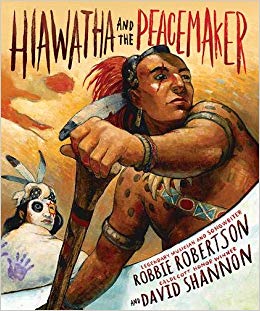 4real how did the No David guy create these illustrations?

Is it any wonder we all struggled/continue to struggle in school and with self-esteem issues, but we LOVE OUR LIBRARY??? This is to say there are lots of problems with representation in Florida schools--a US state with broad diversity. It's easy to pick on one list and get snarky about it. We can't afford to just be salty. It affects those of us who no longer have to go to grade schools, but have siblings and cousins and friends who do. We want better for them!!!!

Of course, there are problems beyond book lists. The elementary school in our county with the highest percentage of Black students just barely stayed open with a C rating. Many middle schools and high schools offer magnet, honors programs or an International Baccalaureate diploma. This is a form of segregation and elitism that marks many kids for life, one way or another. Spending a year and a half as the only Native teen in the IB program gave me an identity crisis that I'm not ready to discuss.

But we have to believe (we have seen) Florida librarians and educators from the top down can do better. You can be a part of that change. Thanks to Marilisa Jimenez Garcia for this tweet:

*Thanks to my mom Gail for discussing this with me at length and guiding me in writing this. And to librarians Ms. Ann and Ms. Linda for resources. And especially the @ofglades team: Ashleigh, Charlie and Michael for their input.

February 25, 2020
To write about Native nations or tribes or not? That is the question.

If you are a non-Native author writing a US historical novel for kids or teens, there are several challenges. One is that Indigenous people have lived/are living in places you describe and called/call them home. (Notice I'm assuming that you're not writing a Native MC. Unless you are Debbie Dahl Edwardson writing MY NAME IS NOT EASY (and you're not) don't try it.) If you don't acknowledge this basic fact in our colliding, brutal histories, you are practicing erasure and will be called out for it. If you do acknowledge it, you most likely will be criticized for not getting everything right.
Great book!
That's normal--we exist in a White supremacist American society with deep rooted prejudices and stereotypes that run in every direction. We have to dig deep to pull them up. Many of us are doing this work, but we still get it wrong. I've documented some of my mistakes. Some of my fav Native …
3 comments
Read more

August 04, 2019
We sat together and read this as a group. Alexis, 19 and Charlie, 16 took turns reading it out loud. Ashleigh, 13 and Michael, 17 listened and we all stopped to go over things. We rarely agree on everything, but all voices were heard and respected.


Ashleigh: When I first picked up the book, I didn't know what I was looking at. Then I realized that the words "An Indigenous Peoples'" are over the sky and "History of the United States" are over the land that has the American flag spray painted on it or creeping on it like a shadow.
Alexis: It's striking! Of course, it's the same cover as the previous adult version by Roxanne Dunbar Ortz, which it should be said none of us have read.

Charlie: This version is much more friendly for us--I mean, it was written for our ages.

Alexis: Yes! Where do you think the book would start in history? I had an interesting reaction to that.

Ashleigh: Yeah, we talked about that. How many of us just assumed it would sta…
2 comments
Read more

November 19, 2019
There is no doubt about it--Native children's literature and  YA literature, fiction and nonfiction, is having a moment. Every time we turn around, there's another wonderful book at the library or the publication details are announced or there's an exciting blog or interview. Of course, we feel kinship with all Native books meant to lift us up, and give others authentic representation of every nation and culture. Some Indigenous authors are distant cousins--like Cynthia Leitich Smith, who is a member of the Muscogee Creek Nation, and recognized this by including a Seminole character in RAIN IS NOT MY INDIAN NAME. But when we first heard about FRY BREAD and Kevin Noble Maillard, that was something else. When we discovered he is a member of the Seminole Nation, Mekusukey band and African American, that was something else altogether.


Ashleigh, 13: I keep reading this book, over and over. My mom has read it--by herself and then aloud to me and Vi, showing us the illustrations …
1 comment
Read more